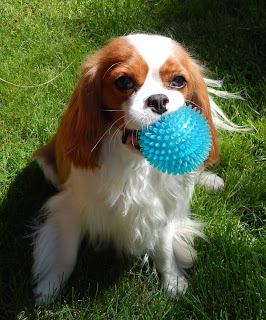 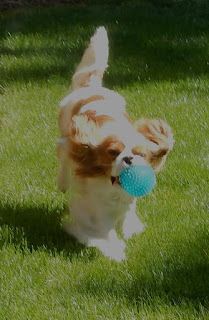 It has been a whole year since I had a series of calamities that caused me to take a needed rest.  During my rest period we decided to get another Cavalier King Charles Spaniel.  This is not a dog to sit quietly in a chair while I paint.  This guy likes to move and play.  He is fun and he makes us laugh. He is not the reason I needed a rest, however, he is a bit of a distraction.

Today we loaded up JJ and painting gear and went down to the river.  Here is what I decided to paint while JJ and the Windsurfer went out paddling. 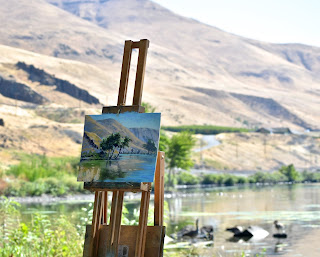 As you can see JJ is not particularly happy about this sport, but it is better than sitting in a chair. 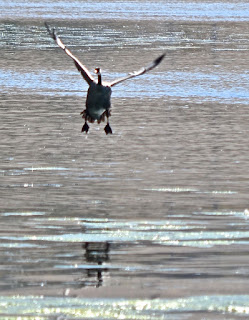 This was way cool! 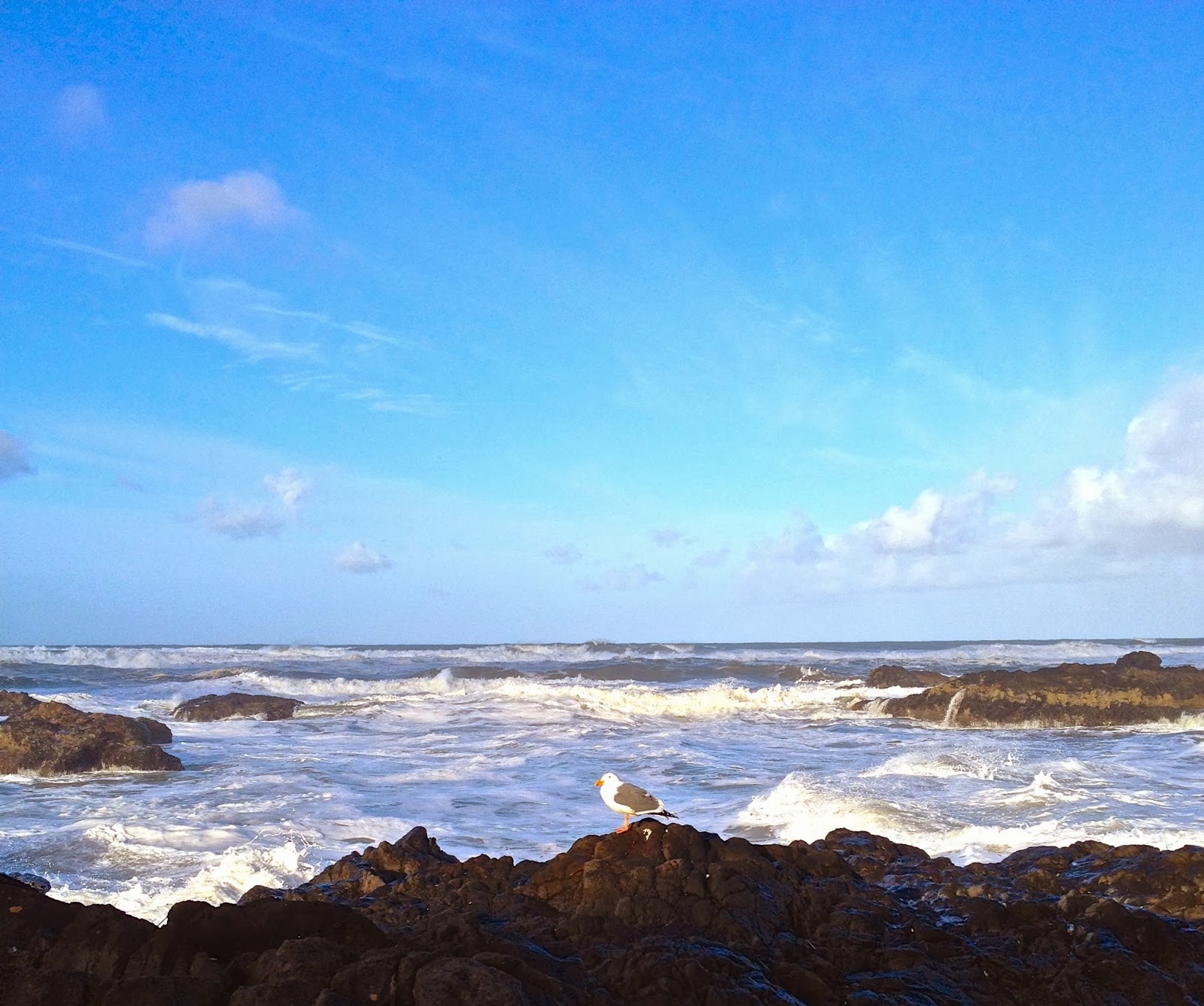 The windsurfer took me out along the Oregon Coast for a month long painting expedition.  Our home base was a little cottage along the rocky shores near Yachats Oregon.  I was looking for some interesting birds, and saw a few, but mostly Seagulls.  I had decided at some point in my life that Seagulls were not that interesting, and then we met Jack.

Jack lives in front of our cottage and rain or shine, night or day, we could see him perched on this rock looking for interesting things to eat.  He was tenacious, and interesting to watch.  The other Seagulls flocked together and fought for food in large groups, while Jack stood his lonely vigil.  We grew to love Jack and appreciated his fortitude.

Yes, I painted.  The ocean flora and fauna is a big change from my usual dry world on the East side of the mountains.  This challenged me.

Below are some photo's of our trip and the last lonely photo of jack. 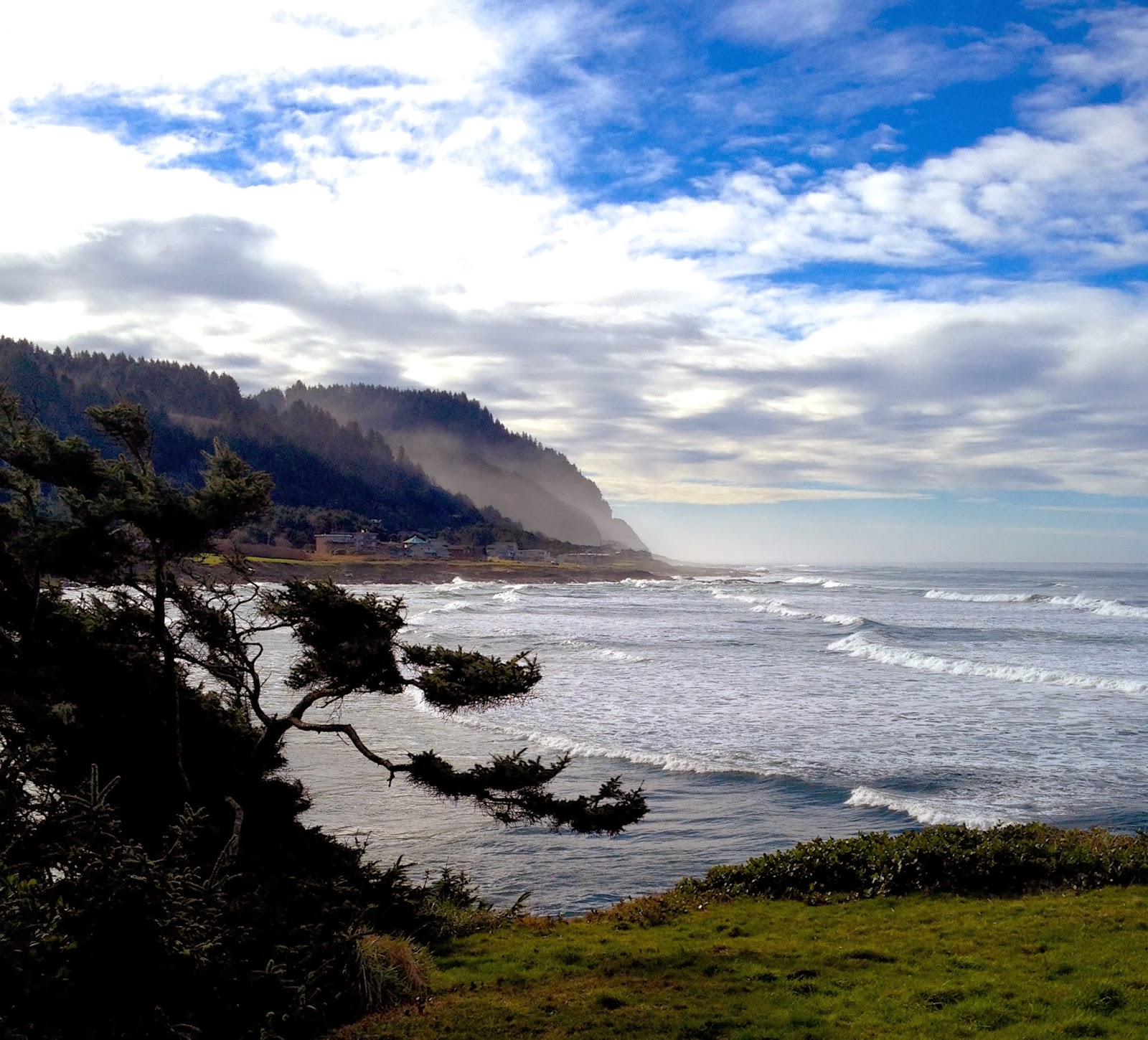 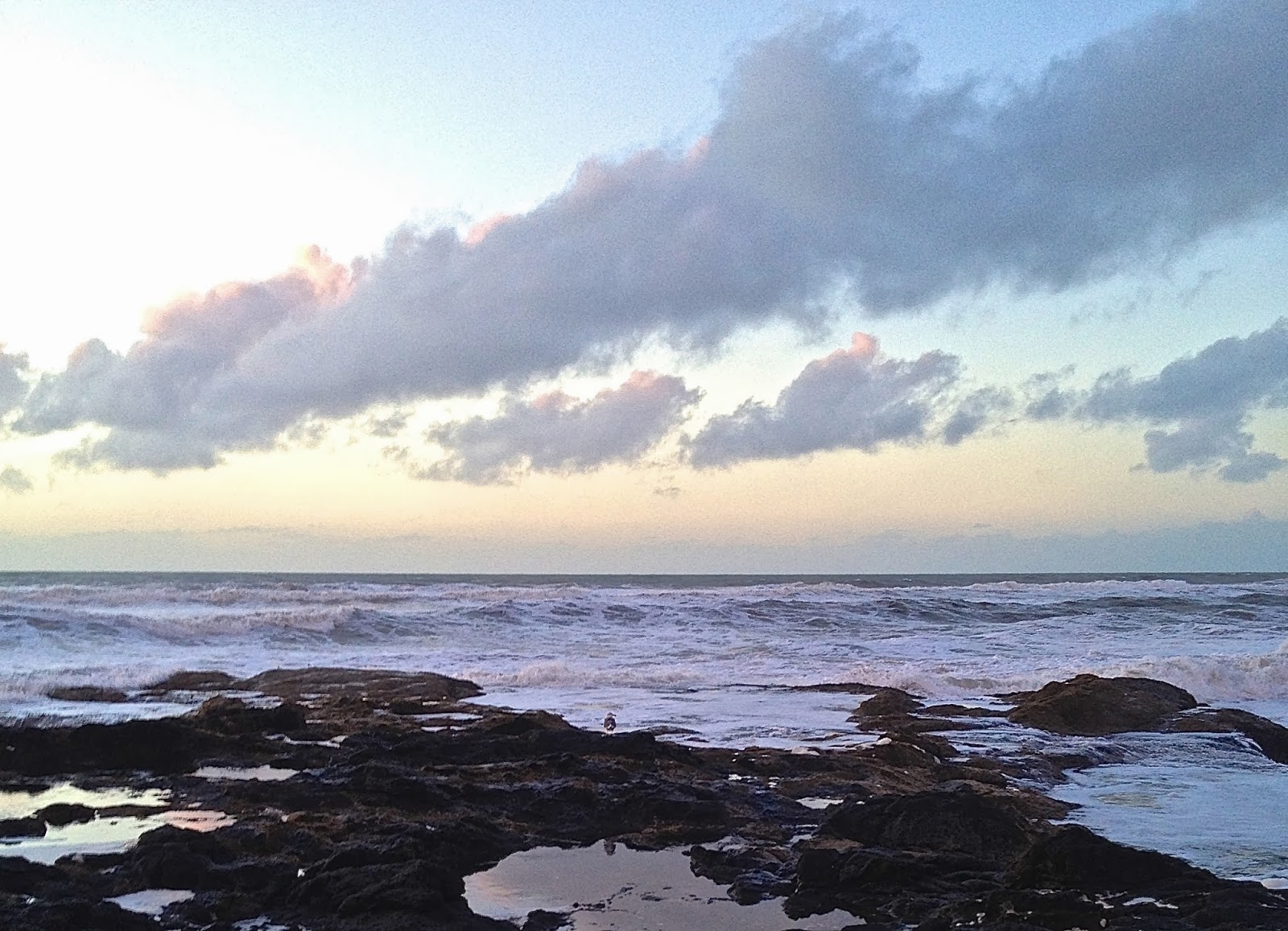 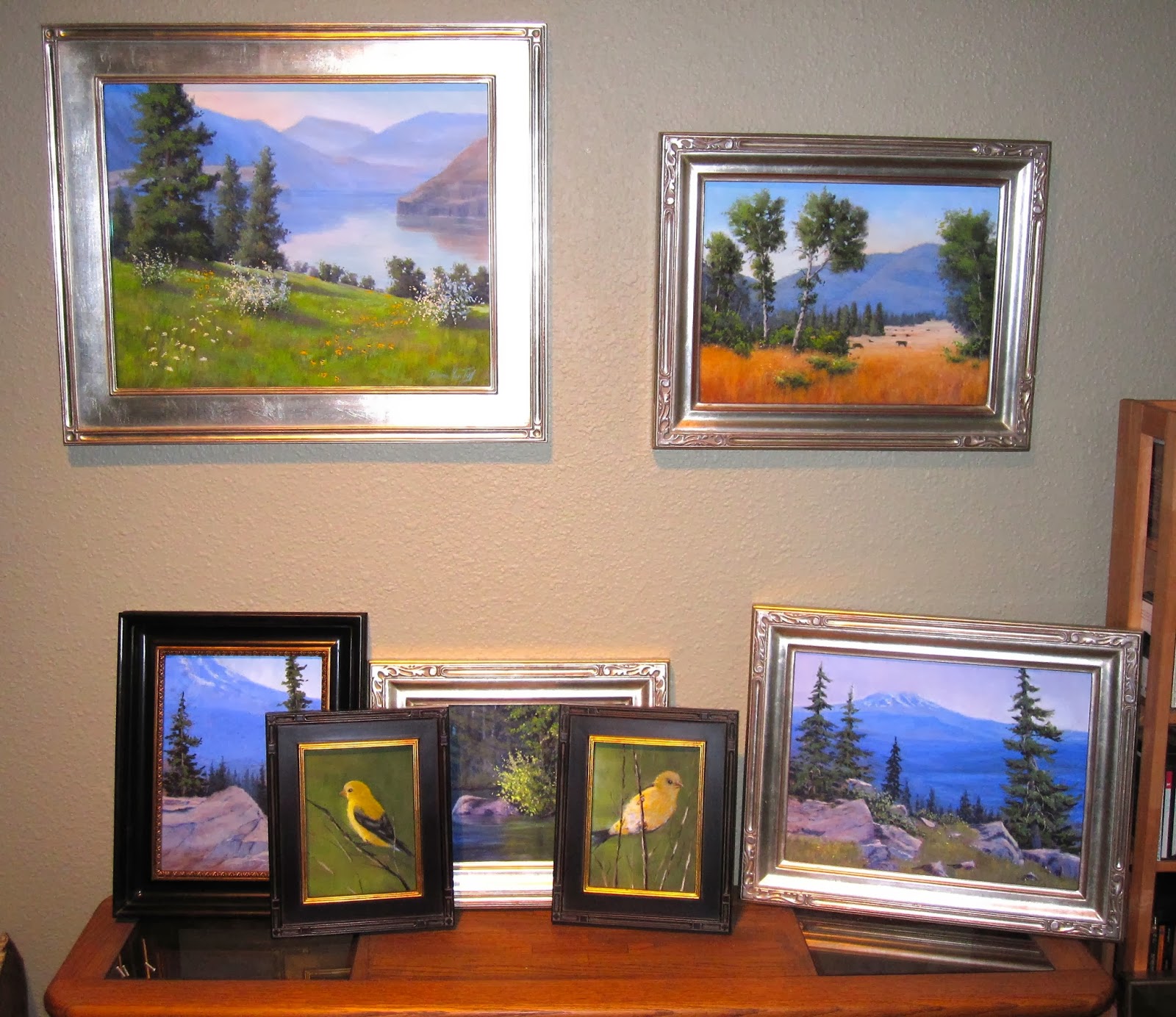 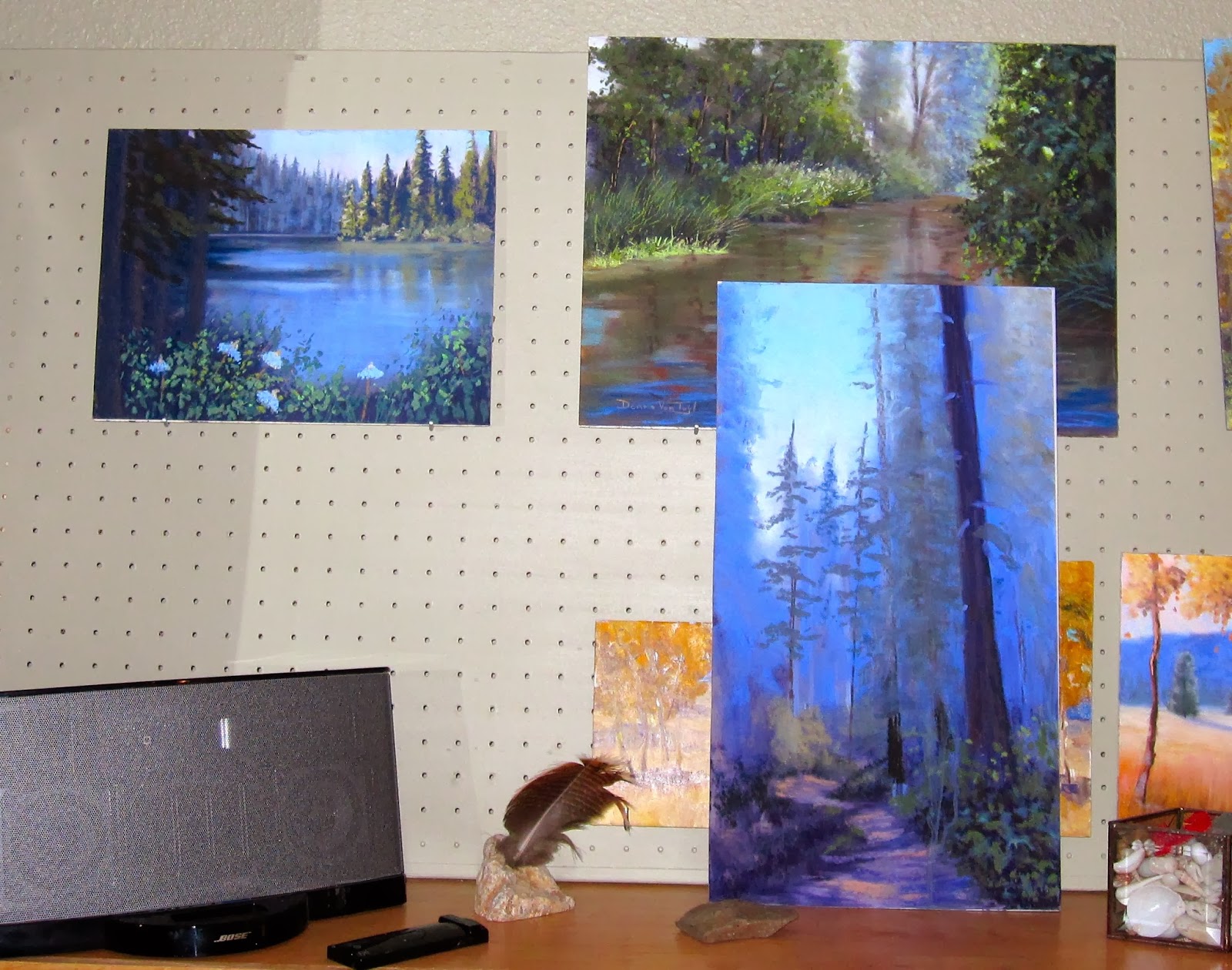 I have so man different paintings started that there is no time to become blocked or frustrated.  I found this new way of working.  When the ideas are flowing, then I start a painting and move on.  So far it works, but not many finished painting yet.  Finished paintings will be coming along quickly.
Posted by Donna Van Tuyl 3 comments: 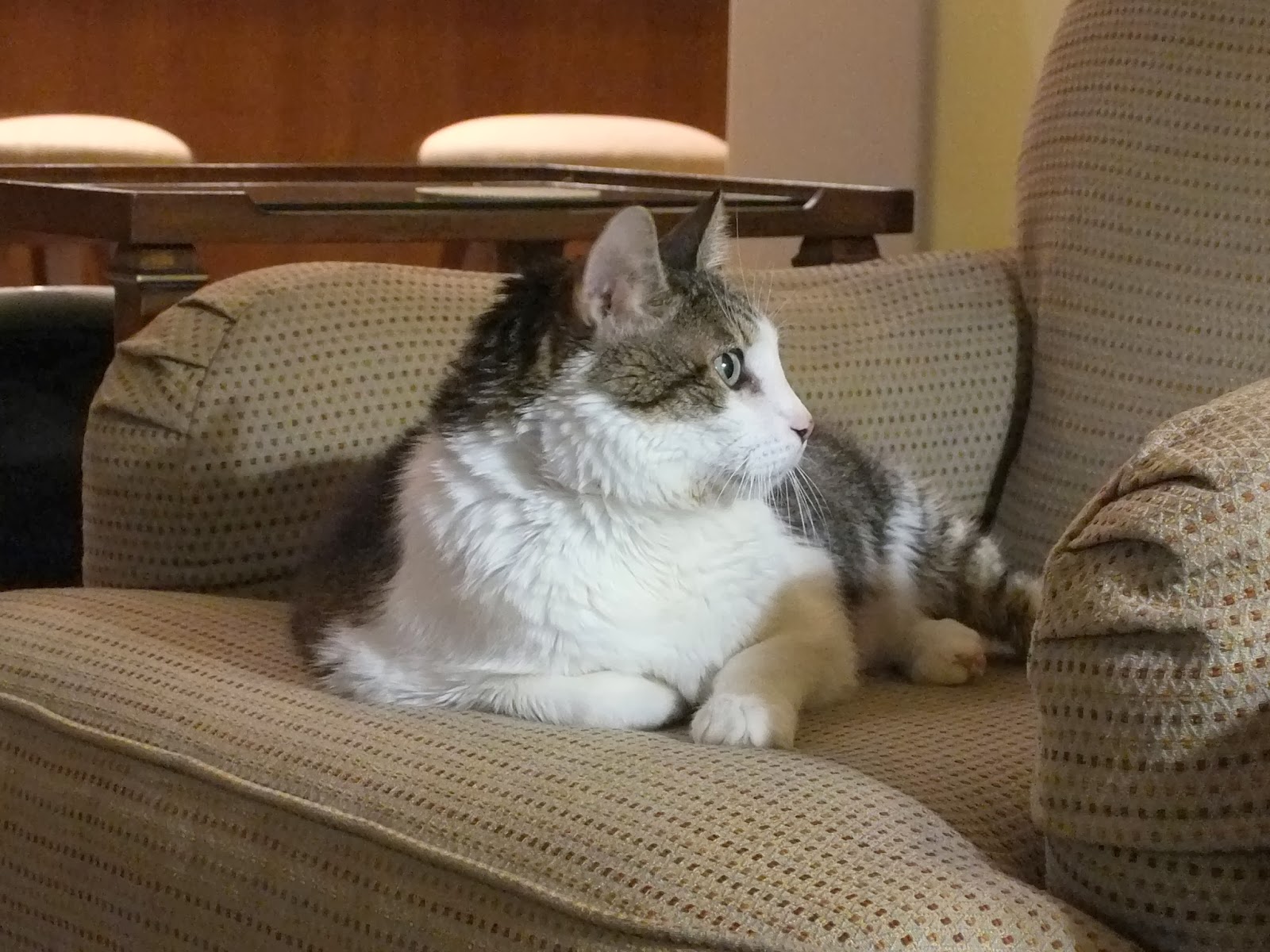 When we first saw you we were smitten,
Such a tiny little kitten,
Grey and White with bright blue eyes,
Like the clouds in Seattle skies.
Cherished buddy always near,
In our hearts forever dear,
Waiting for us all one day,


Peace and light for you we pray.

A friend of mine recently told me about the loss of her cat Sky.  In comparing stories about our loss, we realized the similarities of our experience.  In both cases, we had to make the determination to have our pets put down.  In both cases, the Veterinarian had a difficult time finding a vein and so it took longer, and was agonizing.
When we made the call, it seemed clear what needed to be done.  After the fact I felt such guilt and pain.  Did we do enough?  Should we have waited another day?  These are the questions that would enter my mind over and over again.
Now, almost six months since our loss, I can still feel Buckley.  I can still feel his rough paws, the brush of his whiskers, the warm lick.
He still follows me outside whenever I take the trash out and then I have to herd him back inside.  I can still hear his bell ring several times a day when he wants to go outside.  We hung the bell his very first months with us.  He seemed confused when he arrived as to what the procedure was for potty breaks.  He would look at me with a very urgent look on his face and I would send him outside.  He would run down the hall with his tail flying high.  We installed the bell for those times when he could not get my attention.  I put the bell up and then when he gave me the urgent look, I would go over and ring the bell and tell him to go outside.  Pretty soon he would ring the bell on his own, he had a procedure!
At night everyone had to go to bed at the same time.  I can still hear that little snuffle he gave when everyone was all settled in for the night.  You did not get the snuffle until everyone was in bed, then he would know all was well and it was time to sleep.
In the morning, everyone had to get up.  If we had company staying the night, he would make every attempt to get our guests up.  I would need to guard the door from our frantic little dog.
So many memories and I never want to forget.  It is getting easier and instead of so much pain, I am experiencing more and more of the wonderful entertaining memories that makes having a pet so very rewarding.  They bring their own ideas of how things should be done, and instead of me training our dog, Buckley trained us.  We became what he expected of us. 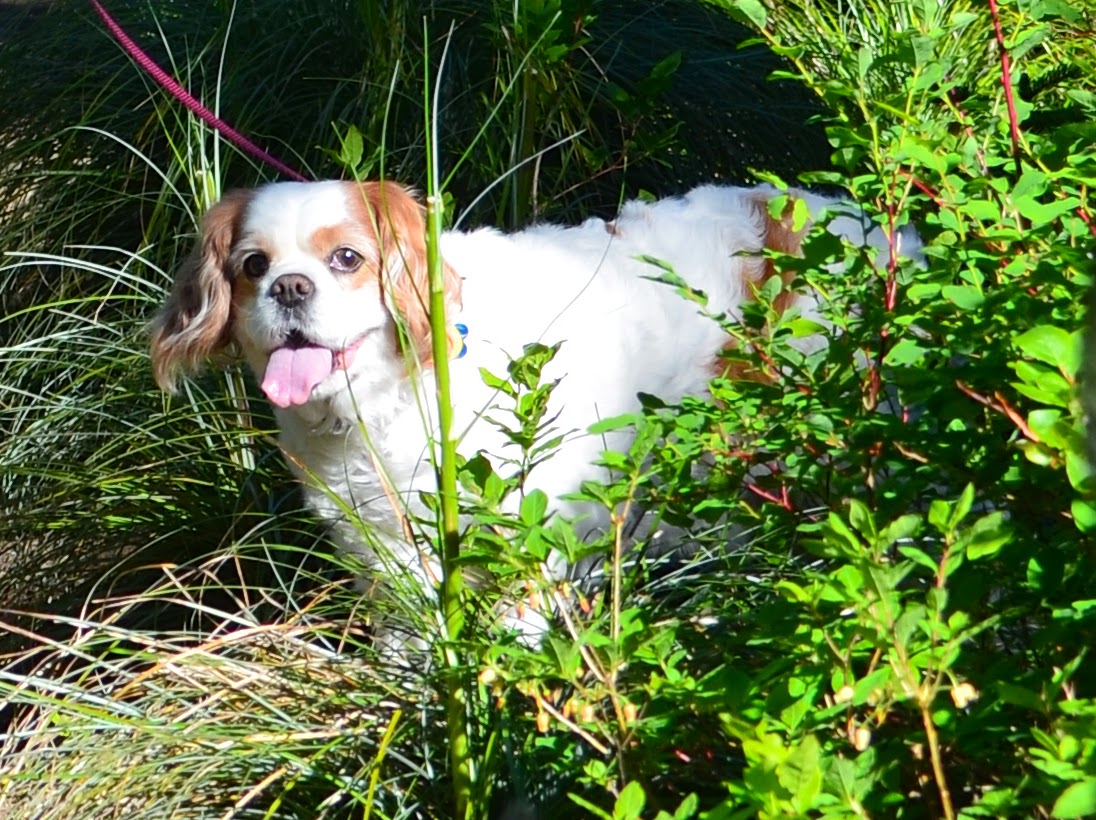 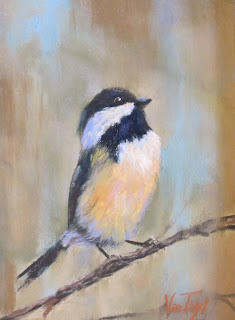 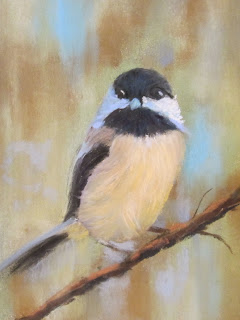 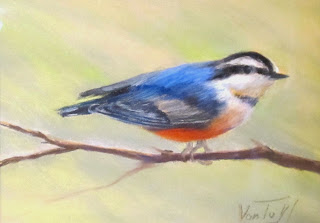 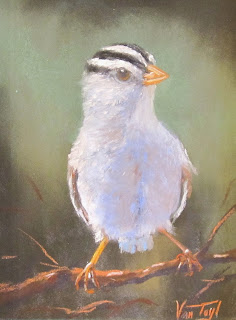 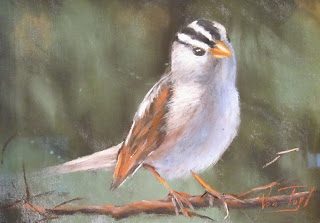 I feel like I have been on an intermission in life.  With Buckley gone and my everyday routine so changed, painting was difficult and I was not inspired.

Here I am getting back into painting.  Little birds always make me feel good and so I am painting little birds.  Each one is getting a little better than the last.  This is my current inspiration and we will see far it goes.

Here are the paintings that I will be showing at the Pacific Northwest Plein Air Show at Columbia Art Gallery in Hood River, Oregon.

As you can see I was taken with the golden grasses of late summer and the tall pine trees that dominate all landscapes of our area.  I love the combination of late summer golds and the dark greens of pine trees.  Before and during the plain air event, I spend several days at Mayer State park painting.  The Rowena, or dry side is my favorite location for painting.  The windsurfer is able to find plenty of sailing, or paddling as I paint and so we both enjoy this spot 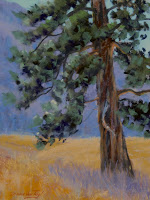